May 27, 2022
The positive evolution of all indicators has led the Government to end the alert state and the restrictions and specific measures that had been applied during the last two years to cultural facilities have declined and normality has returned.

Given that the conditions that generated the need for the creation of the Census of responsible cultural venues no longer exist, the Government of the Generalitat has approved DECREE LAW 5/2022, of May 17, in which some of the extraordinary measures established during the state of alert are no longer in effect. Among these measures is the repeal of the Census of responsible cultural spaces. This decision has been agreed with the main entities of the cultural sector, grouped within the space ‘Cultura Segura’, which also participated at the time of the implementation of these measures.

Government of Catalonia, Department of Culture.

Recommended use of mask throughout the premises and ages: +65 years, adults and minors from 6 yeards old

Antiseptic hydrogel dispensers at the entrance and in the various rooms 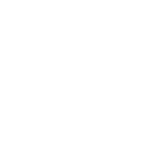